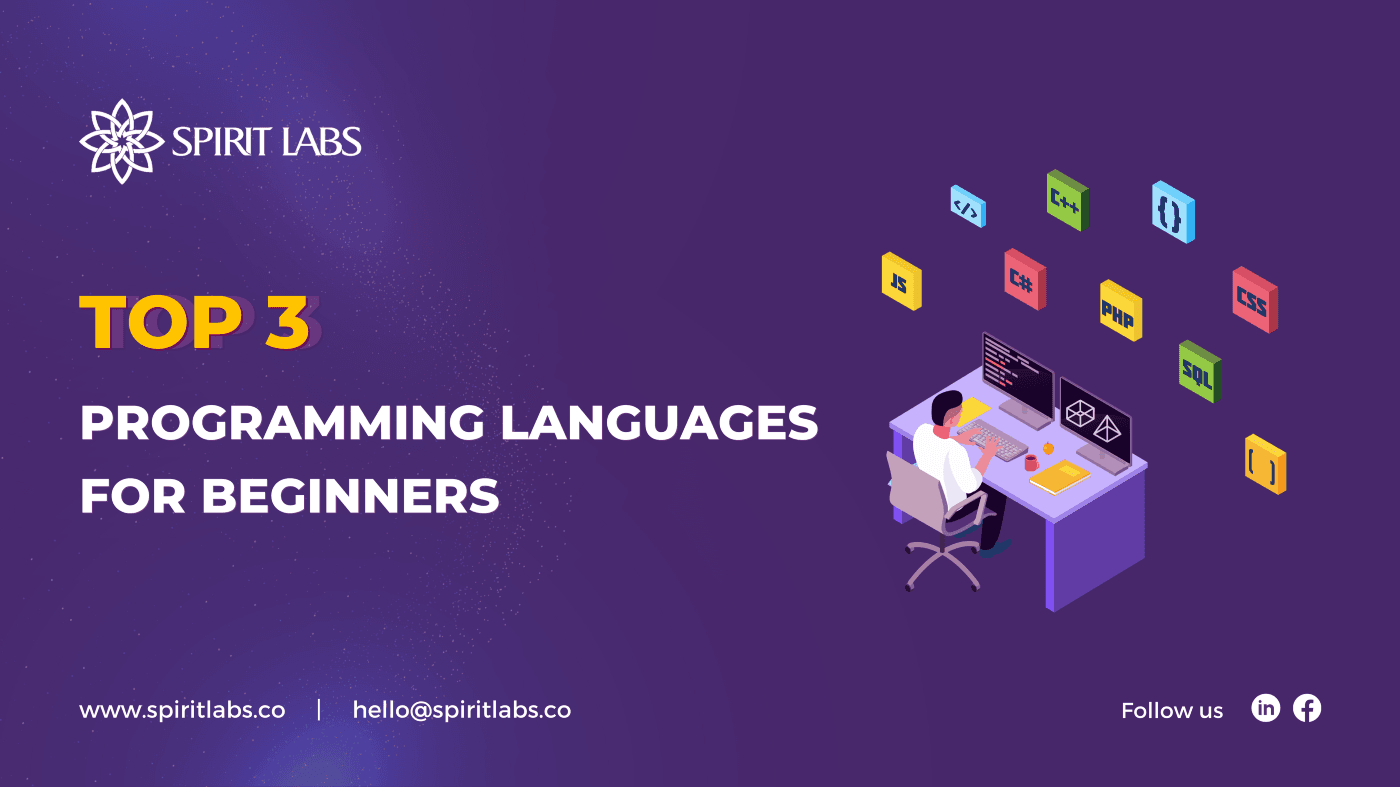 The world is expanding digitally and with every aspect of our lives becoming digital, the demand for computer experts is skyrocketing each day. Therefore, having the knowledge of programming languages has become crucial for every IT professional. In fact, programming languages sit at the epicenter of this ever-growing field of Computer Science.

There is no right answer, of course. Choosing the first language will depend on what kind of projects you want to work on, who you want to work for, or how easy you want it to be. Hopefully, this guide will help give you a better idea of which one you should pursue, especially for beginners.

Created by Guido van Rossum in 1991 and further developed by the Python Software Foundation, Python is always recommended if you’re looking for an easy and even fun programming language to learn first. Rather than having to jump into strict syntax rules, Python reads like English and is simple to understand for someone who’s new to programming. This allows you to obtain a basic knowledge of coding practices without having to obsess over smaller details that are often important in other languages. It was designed with an emphasis on code readability, and its syntax allows programmers to express their concepts in fewer lines of code.

Why is Python so popular?

Besides, Python is not a very good language for Mobile application development and Game development due to the consumption of more memory and its slow processing speed while compared to other programming languages. Additionally, Python’s structures demand more memory space. This language is not suitable to use for development under limited memory restrictions.

JavaScript is a dynamic computer programming language. It is lightweight and most commonly used as a part of web pages, whose implementations allow client-side scripts to interact with the user and make dynamic pages. It is an interpreted programming language with object-oriented capabilities.

There are many famous social media platforms such as Facebook, Google, or YouTube, that use JavaScript in its infrastructure. JavaScript is famous for its various frameworks, such as Node.js, and you get a language capable of server-side scripting too. Not only this, with the use of JavaScript, one can also build full-scale games in an external game engine or the browser using JavaScript. JavaScript is mainly used for Front-end and back-end web development, mobile apps and developing games.

Why you should choose JavaScript:

However, JavaScript also has certain limitations. JavaScript doesn’t have any multithreading or multiprocessor capabilities, and lacks debugging facilities. Plus, while server-side scripts always produce the same output, different browsers sometimes interpret JavaScript code differently. These days the differences are minimal, and you shouldn’t have to worry about it as long as you test your script in all major browsers.

First introduced by JetBrains in 2011 and a new language for the JVM, Kotlin took inspiration from many programming languages, including (but not limited to) Java, Scala, C# and Groovy. One of the main ideas behind Kotlin is being pragmatic, i.e., being a programming language useful for day-to-day development, which helps the users get the job done via its features and its tools. Thus, a lot of design decisions were and still are influenced by how beneficial these decisions are for Kotlin users. So, it is a suitable programming language for beginners.

We cannot deny the fact that Android is the highest-selling and most used operating system globally and Google has declared Kotlin as the primary language for Android development. Hence, for those who want to jump into Android development, the best programming language is Kotlin. This is a cross-platform general-purpose coding language that gives you full interoperability with Java. Also the use of Kotlin is increasing in fields such as server-side development, web and cloud development, data science, etc. Therefore, learning Kotlin in 2021 can take you a long way in furthering or starting your career as a developer. Kotlin is mainly used for android app development, software and web development, data science and server-side development.

The pros of Kotlin programming language:

Though being very close to Java, Kotlin still differs in many aspects. In certain instances, Kotlin works faster than Java, especially in the course of incremental constructions. But note that when it comes to neat building, Java will always generate growth.